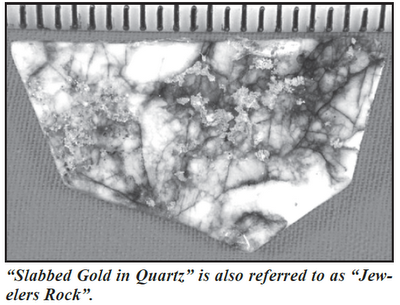 You can’t imagine the surprising and unbelievable stories I have heard over the past many years. The tales of gold and treasure lost among the deep canyons and towering spires within the wilderness of Superstition Mountain are numerous. These tales stir the souls of young men as well as old. The search for adventure has filled the hearts of many who have followed in the footsteps of “Coronado’s Children” as told by Frank J. Dobie. When Dobie penned his book in 1941 he could never have imagined the impact his words would have on a generation of young men who pursued the treasure trail.

I choose not follow each and every one of these stories; however some are stranger than fiction itself. The following story is buried in pages of a journal written forty years ago about an event that occurred in the Superstition Mountains. Since the first Anglo-Americans laid their eyes upon the rugged façade of Superstition Mountain there had been stories about lost gold in those mountains. Those who believe these stories can’t be deterred with facts or even common sense. They will continue their search until they can no longer walk or ride the trails of these rugged mountains. There are few people who understand
this devotion and dedication to a dream.

Over the years I have had many friends who were devoted believers in this of lost gold in the Superstition Mountains. I had one particular friend whose story I wanted to believe so bad, but I just couldn’t accept the facts he had gathered to support his theory. I would never discourage, but I never really encouraged him until I realized his life hung in the balance. His dream of riches kept him alive. He would swear me to secrecy and then tell me things he actually saw in the mountains.

“Tom,” he said. “I was hiking up this narrow canyon when I saw a cave in a side canyon. I climbed over large boulders and made my way to the entrance of the cave. I could see the cave had been used many years before. I had a decent flashlight so I started exploring the cave. Near the rear of the cave was a small shaft that dropped down about five feet. The cave then opened into a large chamber filled with massive crystalline rock. In one corner of the chamber there was more gold bullion and artifact than the mind could imagine.

“There were hundreds of pounds of gold in bars, statues and even nuggets as big as chicken eggs,” he said. “I was so excited and disoriented I didn’t realize my flashlight batteries were about to die. All of a sudden I was in total darkness with no light. I was sure which direction was toward the entrance. Finally I gained enough composure I remembered having some matches. I struck a match and saw the tunnel I came down into this chamber from. I immediately headed for what I believed was the exit. The only specimen I kept was a nugget about the size of a small chicken egg. Striking one match at a time I finally made my way out of the tunnel. Once I reached the entrance the sun had set and it was dark. I picked up my pack and walking stick and made my way down the canyon and back to the trail.

“I found a place along the trail to pitch camp for the rest of the night. The next morning at sunrise I thought I would try to retrace my steps back to the cave and the treasure I had found.

“Tom, I never could find the treasure cave again. As I sat under an old Mesquite in Needle Canyon I thought maybe I had dreamed this story and it wasn’t real. Then, when I reached into my pocket and felt the nugget the size of a chicken egg I was convinced it was not a dream. For past decade I have tried to find that treasure cave in the Superstition Wilderness Area.”

Even when Joe showed me the nugget I still really didn’t believe his story, but then again “truth can be stranger than fiction.”
Posted by Apache Junction Public Library at 1:58 PM