A Search for Gassler's Camp

Read this article here.
Posted by Apache Junction Public Library at 4:00 AM

Another Mystery of the Mountain

Each year another intriguing story about Superstition Mountain emerges and captures the imagination of some and compels others to search the most remotes areas of this wilderness. A few years ago a man reported seeing an unusual reflection in the mountains in the late evening as he was flying over the central region of the Superstition Wilderness Area on a flight between Chicago and Sky Harbor International Airport in Phoenix, Arizona. His story and search has created more unanswered questions than answered ones.

I asked this man to present his story and ideas to Greg Davis with Superstition Mountain Museum, but he was reluctant to share it. He said he had known Joseph Roider and he recommended me for any help. I told him I couldn’t be much help because I didn’t go into the mountains anymore. He said he didn’t want me to go into the mountains with him because it would upset the “Earth God.” The man has asked me not to reveal his name until after his death. His story goes something like this.

I didn’t take the “Earth God” statement serious at all.  It was a way for him to be different in his communications with me. Then he told me about this flight over the wilderness area. He said somewhere east of Tortilla Mountain there was a tabletop mountain and on this mountain there was a large stone altar. At this point I interrupted him and ask how he could see anything from the airliner. He told me he carried an excellent pair of Nikon field glasses for looking at things while flying across the country. Then he continued the story.

He said the stone altar was not that important, it was what he saw on the stone altar that was significant. He said there was a reflection so intense it had to have been created by a parabolic mirror of some kind. It was too intense to look at with a pair of field glasses from an airliner at about 8,000 feet above. The airliner had decreased its altitude for the approach to Sky Harbor International Airport. He also said it was very difficult to see any details on the ground, but he did recognize a couple of landmarks. He said there was a ranch house southwest of the site about three, maybe four miles. He also said there was a running stream to the west of site, a few miles. These landmarks gave me an approximation as to where the site was located. 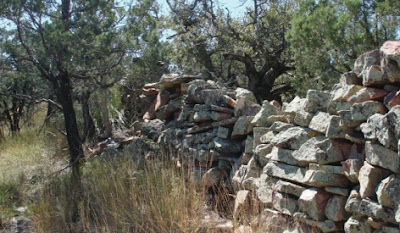 The man was completely convinced this was an ancient religious site still used by Native Americans today. The powerful parabolic mirror must have been powerful medicine for the group. I have ridden in the area, but have never seen this altar or religious site. I have been told about it by a couple of pothunters many years ago who said there was nothing buried in the area worthwhile. I took a group of riders from the Reavis Ranch to Walnut Springs and back through the area. I didn’t see the mesa or altar, however that doesn’t mean it doesn’t exist. There is a lot of rugged country in that area especially west toward Boulder Mountain and northwest toward Reavis Fall. I have looked for the sight from the ground and from the air, but never had any luck.

My Chicago friend believed if the Native Americans had a large parabolic mirror carved from some kind of crystal it would be extremely valuable. It would be a treasure in itself regardless what it was carved from. He also believed it came from the Aztecs in central Mexico and brought here by the Jesuit priest to help pacify and convert the native people of this area. I am not one to say something like this is not possible, but I would say it was highly unlikely.

There are many unexplained things in these mountains and their mysteries still linger today in the minds of men and women who hike or ride the “Trails of the Superstitions.” Doesn’t this tale remind you of the story about the “Crystal Skull” in La Barge Canyon? Stories about these mountains are only limited by the imagination of the storyteller’s mind.

As far as I know, Joseph Roider’s friend is still alive, living out his life in southern Florida. I promised I would keep his name secret, but would one day tell his story.
Posted by Apache Junction Public Library at 4:00 AM

Prospectors and treasure hunters have often referred to Peter’s Mesa as the heartland of the lost gold and treasure stories about Superstition Mountain. History has recorded many expeditions in this region based on stories and different maps of the region. These trips may have begun long before the turn of the twentieth century. One of the earliest recorded trips appeared in the Arizona Republican about 1893. 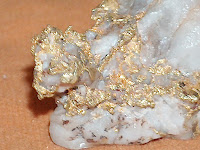 The article mentioned groups of prospectors spending several days exploring the area between La Barge and Peter’s Canyons looking for color. These prospectors had no luck finding any color and soon abandoned their search and returned to Phoenix or Mesa City. Throughout the twentieth-century, men continued to search the top of Peter’s Mesa. 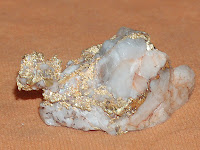 In addition to all this prospecting on Peter’s Mesa there have been many fraudulent schemes hatched by those who made outrageous claims about rich gold specimens they had recovered from Peter’s Mesa. There are those who claim to see Apache Mountain Spirit Dancers dancing around old burial sites on Peter’s Mesa. There have always been stories about the Apaches guarding their gold caches in the Superstition Wilderness Area protecting these precious resources from the “white eyes” or “long knives.” These claims get more preposterous as you go from one source to another. Rest assured, my friends, there are no Apaches in the Superstition Wilderness Area guarding reservation gold reserves.

Also the United States government is not protecting the gold reserves of the Superstition Wilderness Area by not allowing people to excavate.

Now, if you were to fall for one of these ridiculous stories and invest your hard earned dollars in some secret operation, I would say it is time for you check out your source and verify the information. The storyteller is always a good place to start by verifying his background.

Those who want to get rich quick always seem to fall for these kinds of stories. Or those who want to gather information without proper documentation and accept it as fact, based on the credibility of the source, may suffer if they use the information in print. This happens all the time.

It has happened to me on a couple of stories I printed several years ago. Checking the source and the creditability of your source is extremely important. You can’t take anyone’s word to be fact. I learned that the hard way and now I am very cautious. However, we are all susceptible to accepting false material thinking it is authentic.

A recent scam penetrated into the Dutch hunting community around this area and still has some who believe the information is true and others who are convinced it is false.

This story is very similar to the fraudulent Peralta Stone Maps. This scam has broken several families financially over the years and destroyed their futures. The other side of this story is greed on behalf of the investor. I have watched the evil misuse and misinterpretation of information to verify something that is fraudulent for more than fifty years. It is absolutely amazing how easy bright people are fooled by these con artists.

These unscrupulous individuals will purchase antiques on line then claim they are part of the treasure story. The laughable part of this story is the con artist will use the investor money to buy antiques or gold samples  to prove his theory .

However, on the other hand it is very interesting to explore history and legends about the Southwest and especially lost gold and treasure. I have always been fascinated by stories of buried or lost treasure. I have done my share of searching also, but I have not invested my hard earned dollars in somebody else scheme or story.

Treasure hunting is a healthy avocation if you keep it in the family. I have hunted gold coins, fire agate, placer gold, and even a few lost mines that proved to be just tall tales. Many individuals will tell you I don’t know what I am talking about, however after they lose a small fortune they want me to help them try and get their losses back.

I would recommend you approach all treasure and lost gold stories with caution and don’t invest your hard earned dollars in someone else’s dreams or tall tales without thorough investigation of the claims and stories.
Posted by Apache Junction Public Library at 5:00 AM

Read this article here.
Posted by Apache Junction Public Library at 3:00 AM

Read this article here.
Posted by Apache Junction Public Library at 5:00 AM